After getting the Xbox HD connected to my Windows 7 PC it was now time to get any game saves and content from it.

Before I started the recovery from my dying hard drive I needed somewhere to put it. All I had available at the time was a 16GB USB Memory Stick which I formatted on the Xbox as an Xbox Storage Device.

Windows 7 doesn’t understand the FATX filesystem on the hard drive so I needed to use a separate piece of software to recover the data. The first one I tried is the awesomely titled Party Buffalo Drive Explorer (PBDE). Connect your Xbox drive and start the software. You might need to run it as an Administrative user to be able to get access to the drive. Now open the connected Xbox drive by going to ‘File > Open > Device Selector’. If you have an image of your Xbox HD instead you can open this instead by choosing ‘File’. Select your drive and press ‘OK’ 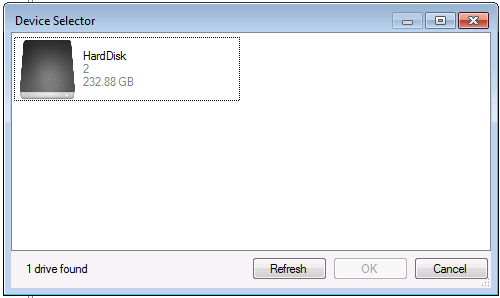 Once it’s spent a few moments reading your drive you should get a list of folders appear in the left pane:

The core files for each game or application are located in the ‘Data\Content\0000000000000000' folder. Here you will find all the installation files and any downloaded content. I chose to ignore my game installation files as I could always recreate these by installing the games from disk onto a new HD. The folders starting with ‘E’ in this list contain the user specific files. Here would be your settings, avatar items and game saves. There are two users on my Xbox so there are two folders.

For any games where I’d purchased DLC I browsed to the game in question and looked for a folder with the description of ‘Marketplace Content’.

To backup the data to your computer right-click on a folder and select ‘Extract’. Choose a destination for the files and press ‘OK’. You will now witness one of the best progress bars ever as your files are copied. Weee!

Now the data was safely off the Xbox drive I needed to copy it over to the USB drive. I closed PBDE and disconnected the failing Xbox HD. After plugging in the USB drive I started PBDE back up and copied the files to the same path they originally came from. Close PBDE and connect the drive to the Xbox. Use the storage browser on the Xbox to see if the files are back. 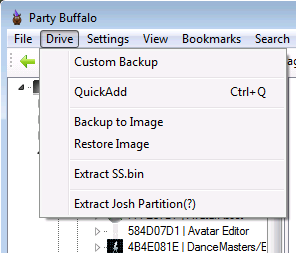 If you don’t want to risk damaging your failing XBox HD any more or want to fully back up a working drive you can select the ‘Backup to Image’ option. I found that this crashed every time it got to the damaged section of my HD so I recovered my files by extracting the data from a directly connected drive. I did eventually get an image at a later date by using gddrescue on my Linux laptop which was able to ignore the bad sectors.

Now all you need to do is wait for your new Xbox 360 320GB HD to arrive so you can install of your games again!